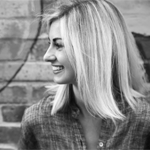 Sarah Thune, a native of Des Moines, Iowa, began her piano studies at the age of 7. Ms. Thune holds degrees from Drake University (B.M. Piano Performance) and Syracuse University (M.M. Piano Performance), where she was the first pianist at the Setnor School of Music to be awarded the prestigious title of University Fellow. Her past teachers include Dr. Nicholas Roth, Dr. Daniel Paul Horn, and Dr. Fred Karpoff. Additionally, she has played in master classes for notable pianists including Leon Fleisher, Vadym Kholodenko, Nelita True, Alan Smith, Martin Katz, and Graham Johnson. An active chamber musician, Ms. Thune has participated in workshops with the Chiara and Miro String Quartets and has attended the Zodiac Music Festival and Academy in Valdeblore, France, and Songfest in Los Angeles. Along with giving collaborative recitals at Arizona State University, the University of Alabama, Cincinnati Conservatory of Music, and Chandler-Gilbert Community College, she has also been featured in chamber music concert series hosted by the Civic Music Association of Des Moines, Iowa, Civic Morning Musicals in Syracuse, New York, and the Musical Instrument Museum in Phoenix, Arizona. Prior to beginning graduate studies at the University of Colorado Boulder, Ms. Thune was based in Phoenix, Arizona working as a freelance collaborator and a pianist for Ballet Arizona, the School of Ballet Arizona, and Interlochen Arts Camp. Ms. Thune is pursuing an MM in Collaborative Piano at the University of Colorado Boulder. She is a student of Margaret McDonald and Alexandra Nguyen.