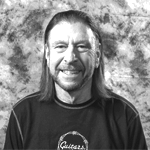 Nelson holds a Bachelors of Music from Berklee College of Music with a major in jazz guitar and composition, Public School Certification from Temple University with a major in classical guitar, and a Masters Degree in Education from the University of Colorado. Nelson began teaching at age 16 for his own teachers’ studio and now has over 40 yrs experience teaching privately and for numerous studios Philadelphia, Boston and Colorado. He taught music for the Philadelphia public schools and currently teaches classes at St. Vrain Community Montessori School in Longmont. He has a performing career spanning well over 40 yrs performing jazz, blues, rock and pop, on both guitar and piano. He’s performed with bands and at venues too numerous to mention, from private events to clubs, shows, show orchestras, the concert stage, as well as recording studios. Nelson is now mostly retired from performing, and is now primarily focused on teaching. Having developed exceptional methods to help students of all ages, levels and styles learn in the fastest, most effective and enjoyable ways, he feels his greatest value is in helping others.