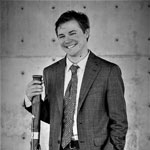 Doctor Anthony Federico is fortunate to have served in the United States Navy Band and was a featured soloist and chamber musician. During his four-year tour Dr. Federico was stationed in Naval Station Newport, Rhode Island as well as U.S. Naval Forces Europe-Africa, Naples, Italy. Dr. Federico has performed in New York, Boston, and other cities in the New England areas as well as in Italy, Germany, France, Spain, and Georgia.

Dr. Federico also performs locally in orchestras across Colorado such as Fort Collins Symphony, Longmont Symphony, Grand Junction Symphony and as far north as the Cheyenne Symphony in Wyoming. In July of 2022, Dr. Federico was a soloist in the International Double Reed Society to premier Bill Douglas’ Trio No. 3 for Oboe, Bassoon, and Piano.